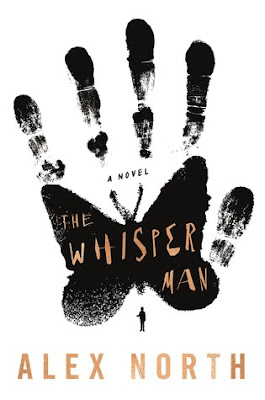 GoodReads Summary: In this dark, suspenseful thriller, Alex North weaves a multi-generational tale of a father and son caught in the crosshairs of an investigation to catch a serial killer preying on a small town.
After the sudden death of his wife, Tom Kennedy believes a fresh start will help him and his young son Jake heal. A new beginning, a new house, a new town. Featherbank.
But the town has a dark past. Twenty years ago, a serial killer abducted and murdered five residents. Until Frank Carter was finally caught, he was nicknamed "The Whisper Man," for he would lure his victims out by whispering at their windows at night.

My Review: A book club read that captivated me from the start. I must say that I was creeped out while reading this book, but that only proves the author did his job. Great plot and plot twists, great premise and how it was all connected. I posted to my fellow book club buddies that I was traumatized. That is exactly how a great psychological thriller should make you feel.

Spoilers below
.
.
.
.
.
.
.
.
.
.
.
.
.
.
.
.
.
.
.
.
.
So Frank CAN see ghosts???? His mother as a child? Couldn't really be his imagination, she was telling him how to survive while with Francis and even warned him something bad could happen. Then Pete (his grandfather) yes Tom's drunk father turned out to be Pete. Anyway, Pete came to Jake after he died to give him peace and comfort.

So Frank Carter killed little boys because he hated his own son so much, but couldn't kill him. Then Francis grew up, and tried to comfort boys he thought were not loved. Of course he's a pyscho, so when they wanted to go home, he killed them.  Then in jail, Frank came to kill Francis. Super creepy ending.

I mean there are a ton more spoilers I can give away, but you need to read how it all fits together.
5 stars Book Club crime family family drama fiction kidnapping mind fuck murder mystery sick and twisted suspense thriller 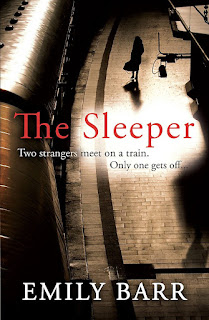 The Sleeper by Emily Barr

Stars: ⭐️⭐️ Book details from Goodreads: Lara Finch is living a lie. Everyone thinks she has a happy life in Cornwall, married to the devoted Sam, but in fact she is desperately bored. When she is offered a new job that involves commuting to London by sleeper train, she meets Guy and starts an illicit affair. When Lara vanishes from the night train without leaving a trace, only her friend Iris disbelieves the official version of events, and sets out to find her. For Iris, it is the start of a voyage that will take her further than she's ever travelled and on to a trail of old crimes and dark secrets. For Lara, it is the end of a journey that started a long time ago. A journey she must finish, before it destroys her. REVIEW:  Way too many plot twists, back stories, and secrets. Adding secrets and unexpected backstories doesn’t always make a good psychological thriller. Extremely disappointed in this book. No spoiler as it’s too convoluted with “shocking twists” Per 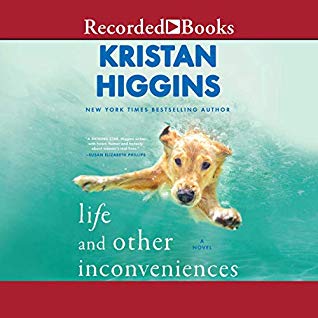 Life and Other Inconveniences BOOK REVIEW

5 STARS Goodreads Summary :  Emma London never thought she had anything in common with her grandmother Genevieve London. The regal old woman came from a wealthy and bluest-blood New England stock, but that didn't protect her from life's cruelest blows: the disappearance of Genevieve's young son, followed by the premature death of her husband. But Genevieve rose from those ashes of grief and built a fashion empire that was respected the world over, even when it meant neglecting her other son. When Emma's own mother died, her father abandoned her on his mother's doorstep. Genevieve took Emma in and reluctantly raised her - until Emma got pregnant her senior year of high school. Genevieve kicked her out with nothing but the clothes on her back. . .but Emma took with her the most important London possession: the strength not just to survive but to thrive. And indeed, Emma has built a wonderful life for herself and her teenage daughter, Riley. So what is Emma t 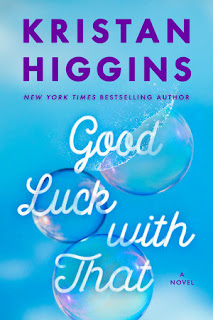 Good Luck With That by Kristan Higgins

Stars: ⭐️⭐️⭐️⭐️⭐️ Book details from Goodreads: Emerson, Georgia, and Marley have been best friends ever since they met at a weight-loss camp as teens. When Emerson tragically passes away, she leaves one final wish for her best friends: to conquer the fears they still carry as adults. For each of them, that means something different. For Marley, it's coming to terms with the survivor's guilt she's carried around since her twin sister's death, which has left her blind to the real chance for romance in her life. For Georgia, it's about learning to stop trying to live up to her mother's and brother's ridiculous standards, and learning to accept the love her ex-husband has tried to give her. But as Marley and Georgia grow stronger, the real meaning of Emerson's dying wish becomes truly clear: more than anything, she wanted her friends to love themselves. REVIEW:  So well written, as Kristan Higgins always does. You can feel the pure friendship